Shreyas and I both made books & small print items during Deelstaat=, so for the open day we set up this reading corner: 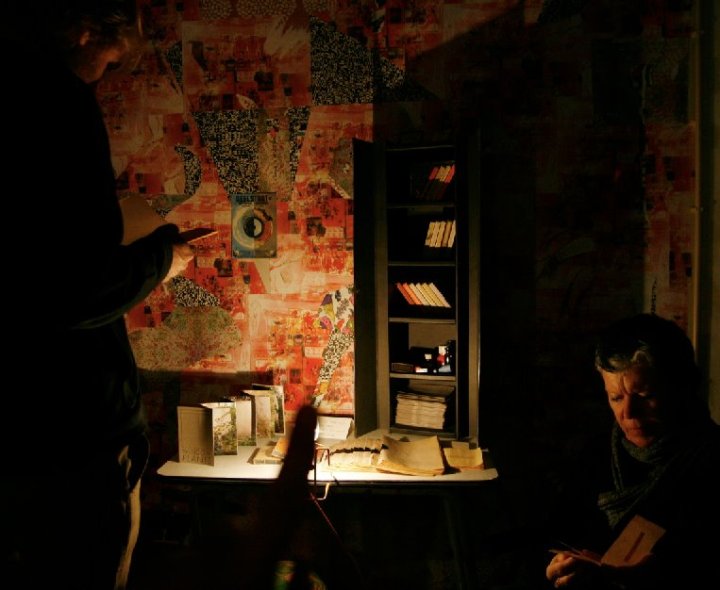 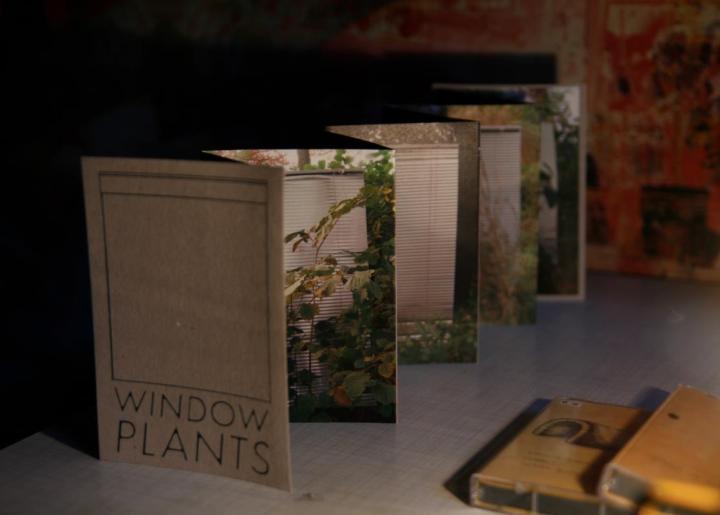 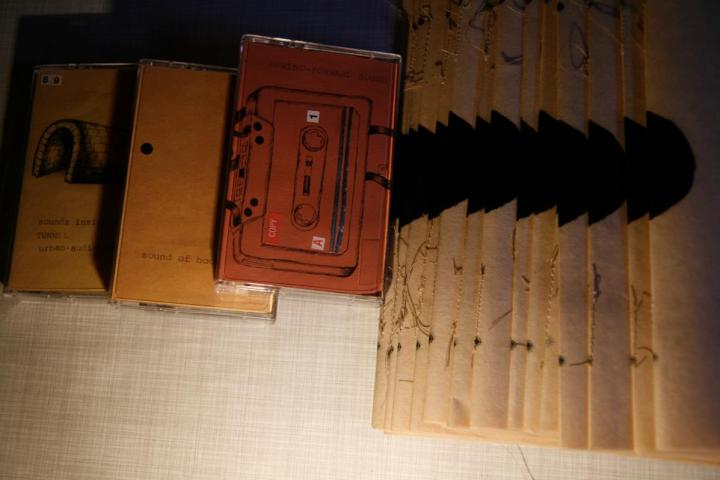 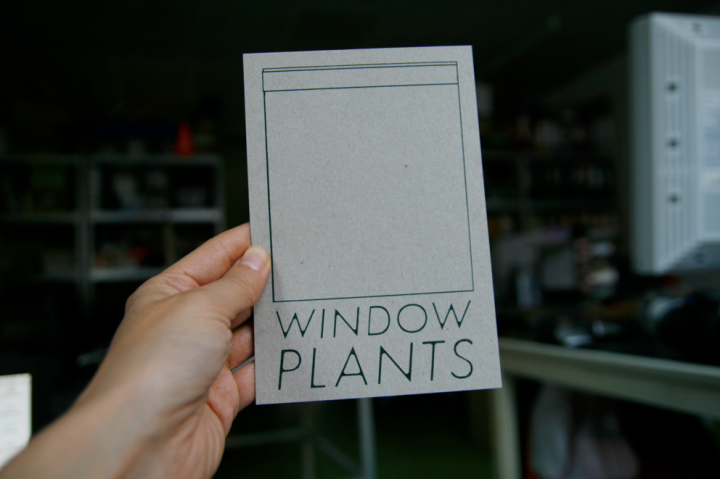 I’m really excited because I’m leaving on Sunday for a site-specific arts residency in the Netherlands! (I love site-specific art and I have never been to the Netherlands!) The organizations running the show are Sandarbh, who I worked with in India (I wrote a post about them previously) and Extrapool, a local Dutch org. You can check this Group Blog for updates.

Here is the flier. Unfortunately I can’t understand it. Maybe you do. 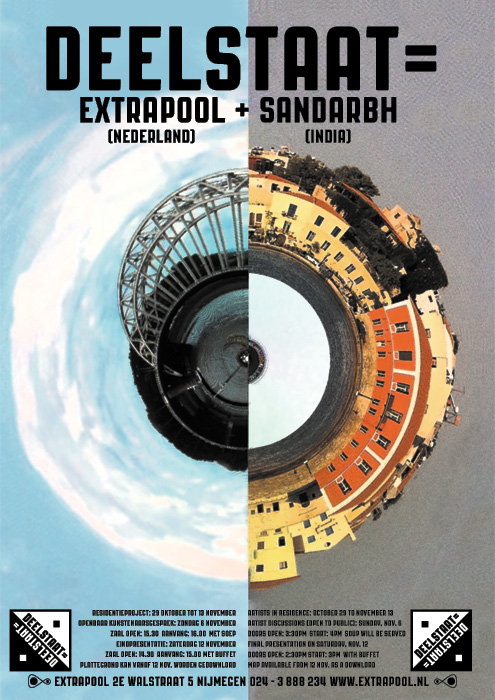 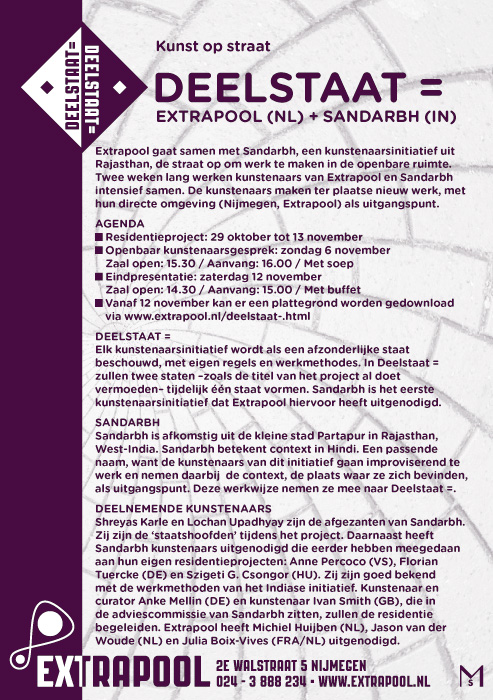 I copied and pasted the text, sentence by sentence, into a translator for you. Don’t you love awkward translation-speak?

Sandarbh come from the small city Partapur in Rajasthan, West-India. Sandardh mean context in Hindi. This artist initiative strives several examine forms of artistic practice. It organises at site specific projects, performances among other things workshops, residence programmes aimed, community-art-projecten and projects in the public space. The initiatives which take part in state =, its all set up from a certain urgency which has to do with their specific context. Sandarbh have put themselves by means of art and in a natural manner new ideas and of transmitting dispositions on the local population.

For state = Sandarbh Shreyas Karle and Lochan Upadhyay as send envoies. They are the Heads of State during the project. Moreover they have invited artists who have participated rather to their own esidentieprojecten: Anne Percoco from the United States, Florian Tuercke from Germany and Szigeti G. Csongor from Hungary. They all have been well confessed with the working methods of the indian initiative. Artist and curator Anke Mellin () and artist Ivan Smith (Great Britain), who sits in the advisory committee of Sandarbh, will accompany the residence. Extrapool the artists Michiel Huijben, Jason of of the Woude and Julia Boix-Vives has invited cooperate with aforesaid artists. 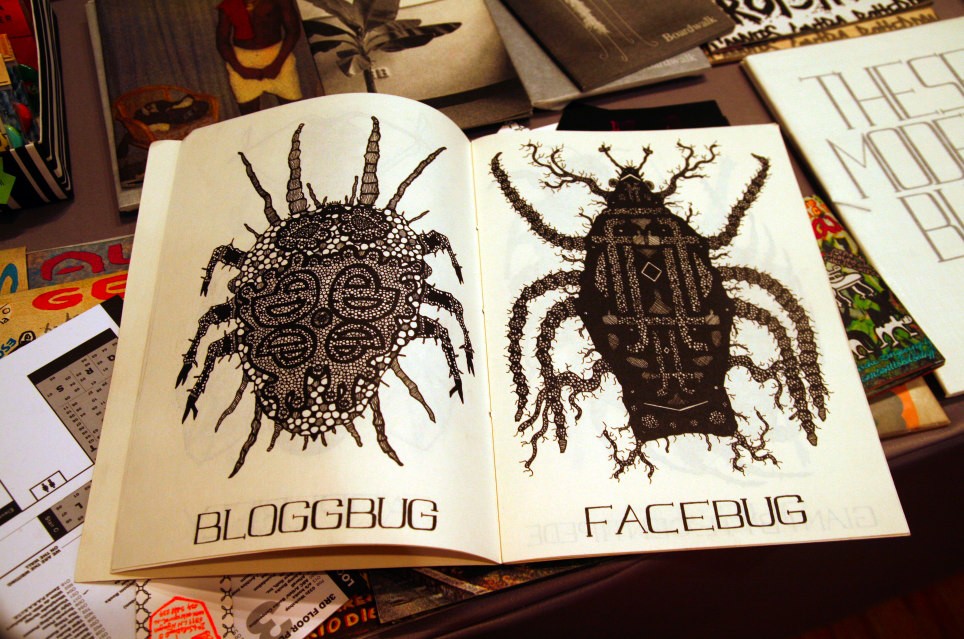 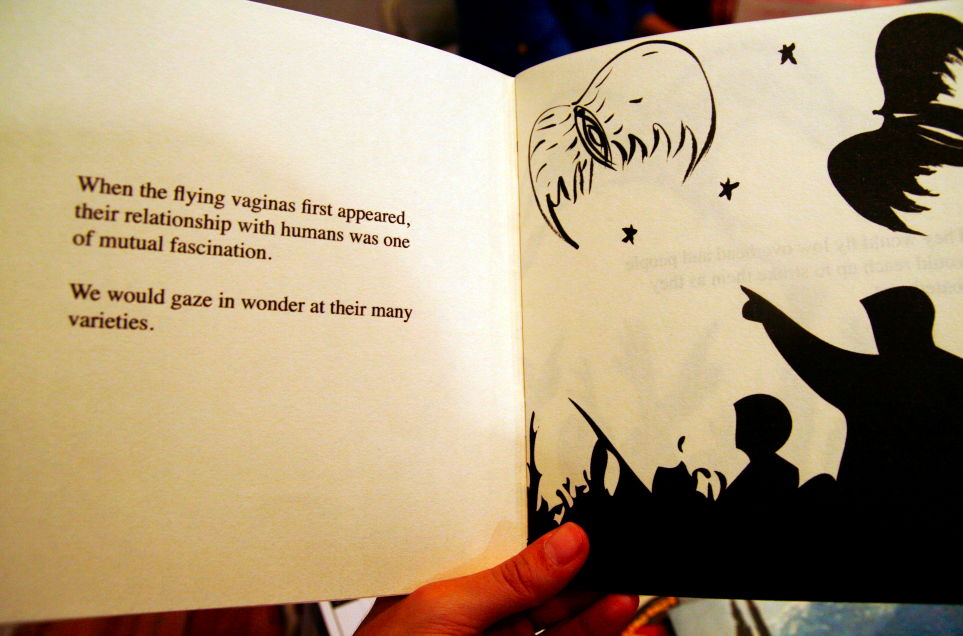 The above two images are from the Knust/Extrapool table at the NY Art Book Fair. I was happy & surprised to see them on the list of vendors, so I stopped by to say hi. I’ll be visiting them in the Netherlands next month for a workshop on site-specific art. Can’t wait!!

A History of Flying Vaginas is by Kristie Alshabi and Usama Alshaibi. Unfortunately I didn’t get the artist of the tech-bugs book.
Loading Comments...