The Hut Project (2009-ongoing): a series of site-specific huts made from found and re-purposed materials. Each hut is at the same time a structure, a sculpture, and an emergency preparedness kit in which themes of sustainability, shelter, real estate, and apocalypse intersect. Each hut acts as a catalyst for local activities such as performance, video, artistic collaboration, and community dialogue. Huts have been made in Troy, NY; Bushwick, Brooklyn; and upcoming in Oslo, Norway.

“I have been building huts made of trash. They are sculptures, stages, and dwellings. They are containers for experiences to happen in them. They can be engaged in different ways, depending on the sites and the people. I build them within institutions and while doing so I befriend the staff, the guards and maintenance crew. Some of these workers are often recent immigrants. Officially, I perform rituals and activities related to the site, such as dancing, planting, and cooking with food from local dumpster diving. I follow all this with public conversations. Unofficially, undercover connections of all kinds are happening between people who would normally not speak to each other. I hope that those connections remain after I leave.

from an interview on A Blade Of Grass by Ernesto Pujol.

Anyone need some neutral-toned confetti? 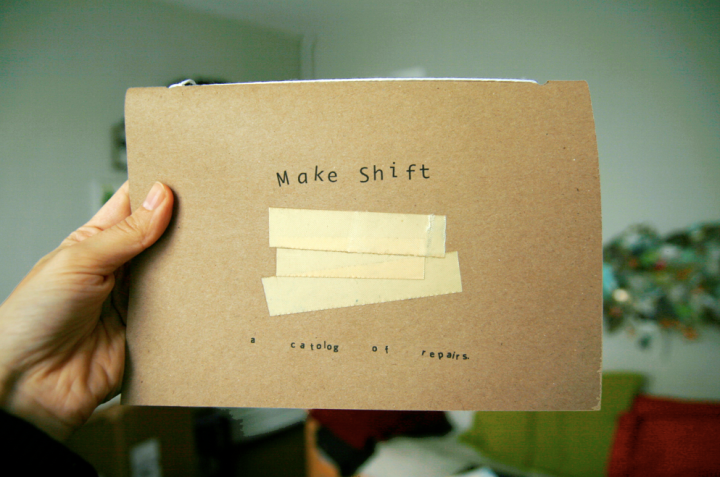 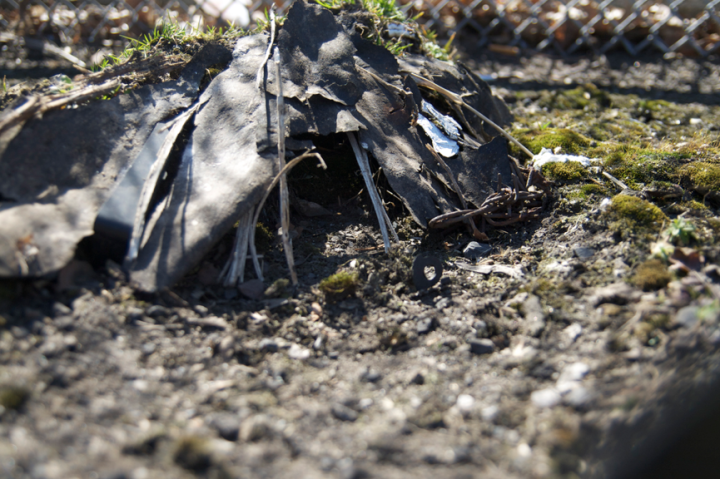 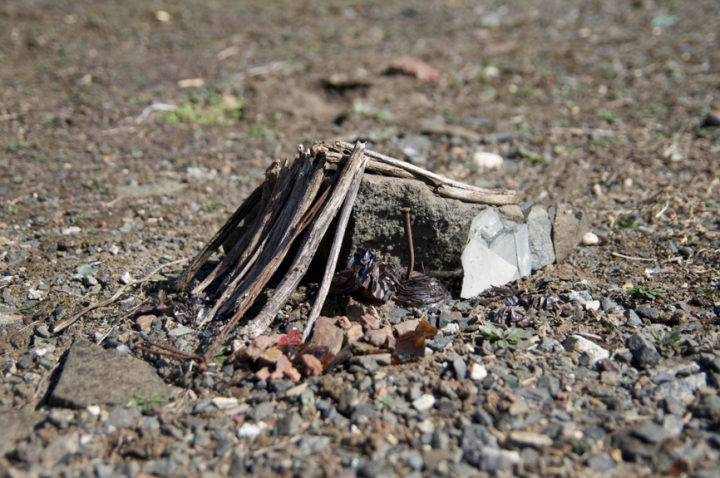 Reminiscent, simultaneously, of an archaic tribal hut, a homeless person’s precarious shelter and a dovecote, its position, perched up high, seemed an invitation to loftier thoughts. In what is, ultimately, the violent and competitive context of any contemporary art fair, the cabin placed its hypothetical Lilliputian inhabitants out of the reach of all predators. Evocative of childhood games, the cabin appears as a metaphor for an oblivious refuge that allows us to escape the world’s bustle and rediscover a certain inner peace. For his first exhibition at Galerie Kamel Mennour, Tadashi Kawamata has chosen to fill the space with eight wooden huts. Four of them will occupy the gallery’s two main rooms, in a dialogue with an equal number dispersed in the main courtyard. Conceived as corbelled structures in the manner of hives or a swallow’s nests, they will have the appearance of so many grafts or cobbled together architectural prostheses; like cottages, which together form the village of a mysterious and invisible arboreal community. – ArtNews

Tree huts in particular are an emerging focus of Kawamata’s work; a crystallization of Kawamata’s interest in the architecture of shelter and of the insertion of private objects into public spaces as a method of renegotiating the meaning of both.  — Arch Daily

Parallel to his building deconstructions, he developed projects that made reference to the makeshift housing of homeless people. He employed used materials such as wood and cardboard, to produce “Favela in Ottawa” (1991), “People’s Garden” (1992) at the documenta 9 in Kassel and “Sanatorium” (1994) in Tokyo, and relocated to the city outskirts. His examination of temporary forms of shelter is the result of his observations of everyday urban lifestyles and his interest in urban planning processes. — Culture Base

Urban planning issues are the basis of his work. Building or demolition sites, intermediate areas that survive in the urban space are taken over by the artist who uses the materials already on the site for his constructions, by “recycling” them (chairs, boats, scaffolding). Thus, in Kassel, it was a ruined church, destroyed by the Second World War and neglected when the city was rebuilt, which he gave back to the citizens at the time of Documenta VIII in 1987. Time, as an indicator of the greatness or decline of a building or a site, is a key element in his work. — Claudine Colin

My solo show at NURTUREart opens in about two months. Here’s a little summary of what’s going to to happen:

The Life Instinct will celebrate, as Michel de Certeau has written, “opportunities that must be ‘seized on the wing’… maneuvres, polymorphic situations, joyful discoveries, poetic as well as warlike.“ Inspired equally by children’s couch forts as well as makeshift emergency shelters, Percoco will use scavenged materials and woven reeds to construct a small hut in the gallery. A projected slideshow documents her experiments with miniature huts constructed in a vacant lot and photographed in situ. Her zine, cataloging repaired objects, will investigate how value is lost and reclaimed and how repurposed objects can shift, sometimes humorously, from one role to another. Guest artists will lead a series of public skill-sharing workshops to promote resourcefulness and self-sufficiency.

And here’s another shelter: