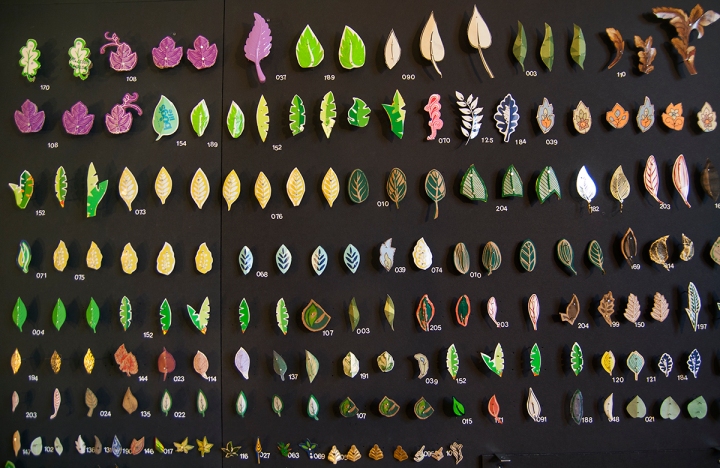 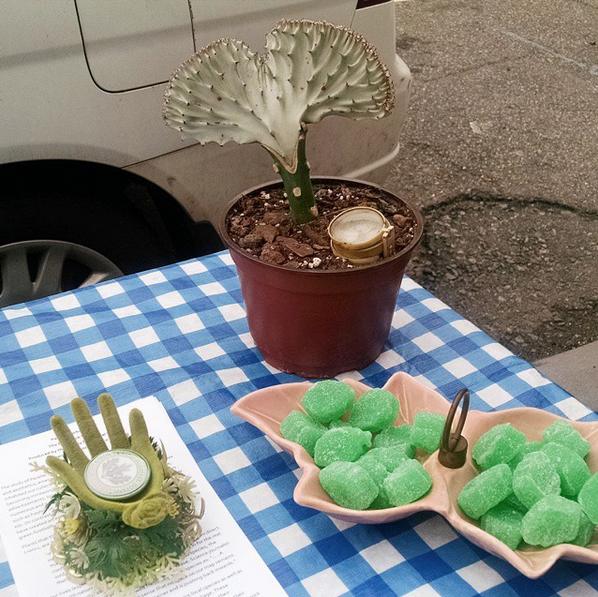 Engraving from the book Hortus Malabaricus (1693), a Dutch treatise dealing with the medicinal properties of the flora in the Indian state of Kerala.

There is never a moment when plants are not moving.

Perhaps awed by the power of this night writing, humans produce poems and literature about plants, images of plants, social metaphors about plants. By means of anthropomorphosis, we adopt the wilderness. We turn plants into the mirror image of culture in order to dispel their mysterious, voiceless power.

Looking, by means of humble contemplation, allows us to enter into a dimension shared with plants. Once there, we do not willingly part with each other.

We have been documenting the disappearance of plants while generating an aesthetics of disappearance: humans appreciate the plants in a botanical garden or park for the value of their beauty and rarity.

There is another extreme: contemporary plant products used for treating and nourishing humanity are actually related to industrialization. Few of their ingredients come from the wild—most are the product of mass cultivation on the assembly line of green products. By way of commodity circulation, contemporary plant products have become a monument to the circulation of species, commemorating the fact that they have not yet vanished from humanity’s field of vision.

Most of the effectiveness of contemporary plant products has probably evolved from humanity’s endlessly accumulating projection of emotion over a long historical process, but there is no way to alter the plant’s current destiny of being consumed.From this we can understand why contemporary plant products are always packaged with especially lifelike images of plants,always duplicating to the utmost level the corresponding colors and fragrances, so that humans have gone from looking at plants to looking at likenesses of plants, which are used to continuously invoke the vitality that the plants themselves possessed before they were picked, processed, and fabricated.

If we take ancient survival wisdom (of medicinal plants, for example) as a starting point and continue through to today’s secret formulas for profit, the history of plant products itself interrogates the evolution of bio-politics: What is it that permeates our bodies, molds our life experiences, forms our perceptions of the world? What is it that can truly save us from our calamities,without our life become one of consuming false goods?

Plucking a leaf, and repeatedly chewing it as a giraffe would, yourecall how plants enter the human body. Stroking a plant, you areimpressed by how such a peculiar connection arises between itsown anatomy and that of a human. Plants, as well as the scenesand memories we associate with them, will constitute part of theunfinished manuscript of anthropology. How might we write,through innumerable creases in the foliage, the remnants of the forest, the wastelands of the city, our current methods for coexisting with the world? 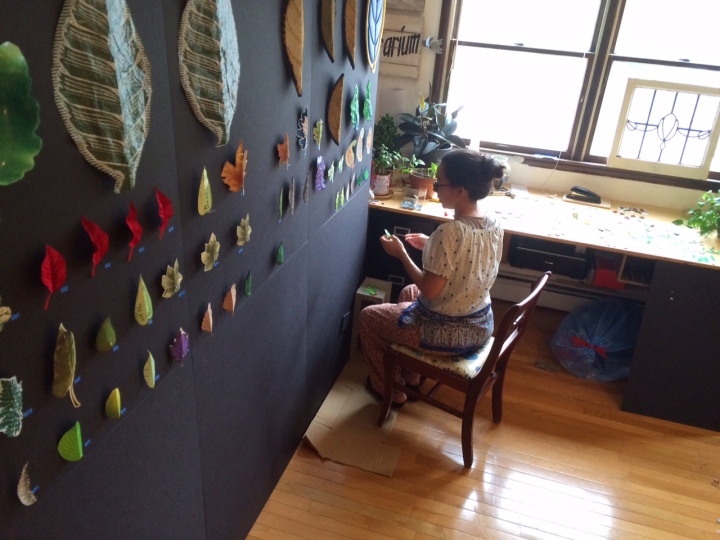 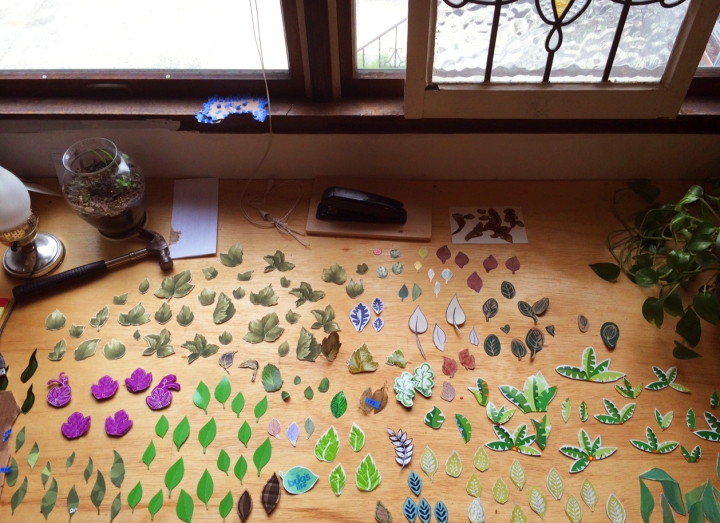 My “New Growth” Sculptures were installed recently at Drew University. It was a fantastic setting for these sculptures and great opportunity, but one funny thing happened right after installation. Before the cement was dry on the palm tree, someone had stolen it.

Of course I took this as a misplaced sign of approval – pilfering is a complement whereas vandalism is the opposite.

After a campus-wide email (the digital equivalent of LOST/REWARD posters), one half of the sculpture was returned anonymously – It was left in a parking lot, propped against the car of an administrator. (Each tree is made up of two sides, front and back.) I recreated the missing side using the returned half as reference, and all was well.

I recently heard the podcast episode “Palm Reading” on the fantastic podcast 99% Invisible regarding palm theft (which is apparently a thing….some live palms are worth up to 20K!) and also an analysis of what palms signify in our culture.

What New Jersey college student wouldn’t want an occasional taste of these things, all evoked by this particular species of plant. 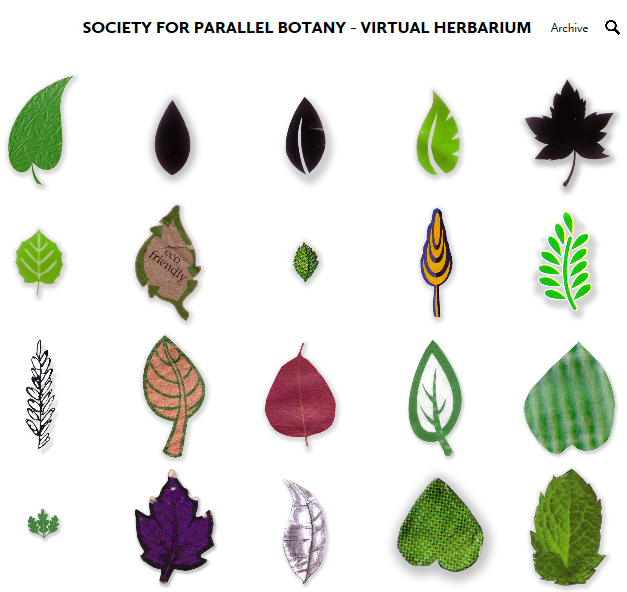 Nina Katchedourian – Geneology of the Supermarket

“The Genealogy of the Supermarket interrelates people who appear on common products in the grocery store and organizes them so that they appear to be members of one large family.”

“A “world view” of extreme and almost paranoid interconnectedness emerges. As with many of my map works and chart pieces, the project seems to suggest some underlying coherent research or guiding principal, but the piece ultimately speaks more about taxonomy itself.” — source

“On the other side of the hedge, however, reality is ours. It is the absolute condition of all existence. The plants that grow there are real because we want them to be. If we find them intact in our memories, the same as when we saw them before, it is because we have invested them with the image that we have of them, with the opaque skin of our own confirmation… Motionless, imperishable, isolated in an imaginary void, they seem to throw out a challenge to the ecological vortex that surrounds them….

“There are plants, for instance, that appear clearly in photographs but are imperceptible to the naked eye. Some violate the normal rules of perspective, looking the same size however close or far they may be from us. Others are colorless, but under certain conditions reveal a profusion of colors of exceptional beauty. One of them has leaves with such a tangled maze of veins that it caused the extinction of a voracious insect that at one time had threatened the vegetation of an entire continent…

“There are at least two distinct currents to this mainstreaming of naturalia. Label one the Nineteenth Century Explorer: Spiced with steampunk, evoking an age of mannered discovery, gentleman adventurers launching expeditions and returning with tales to delight drawing-room crowds. A spirit of mechanical marvels and curiosity cabinets, maps drawn well but incompletely, of biological ephemera and naturalists’ drawings…..

“…..A psychic escape from the pervasive sense that no space on our map remains blank, that civilization has filled its container and is pushing back inwards. A need for nature in denaturalized lives…..Or maybe the meaning is not so dark. Maybe naturalia frames emerging appreciations of urban and suburban ecologies, or a sense of new, as-yet-unfilled maps arising in digital and social space, freed from old topographies.”

“…..A sign, a signifier, a t-shirt drawing of a deer based on an image found in the first page of Google’s image search. And I can’t shake the feeling that naturalia debases nature, turns animals into objects, renders our beautiful, extraordinary living world and its inhabitants as aesthetic commodities with no more or less meaning than paisley or a bright colorway. It’s life as accessory.”

From Celestial Empire of Benevolent Knowledge, an essay by Jorge Luis Borges: 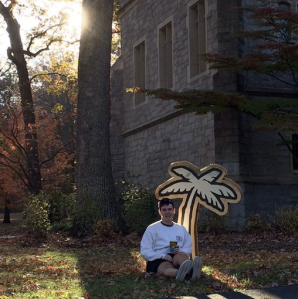 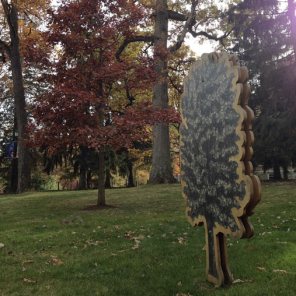 I deinstalled my sculptures from Drew University a couple of weeks ago. It was wonderful to have these pieces at my alma mater, the University in the Forest! Thanks to Kim Rhodes for coordinating the whole effort and surrounding events (panel, class visits, publications, and this instagram campaign!) Thanks to Stephanie in the facilities department and her crew for such a smooth deinstall. Thanks to the Andrew W. Mellon Foundation for funding the program.

These babies are now tucked in for the winter in my storage shed, although a select few of the evergreen variety may be making an appearance in my home for Christmas. 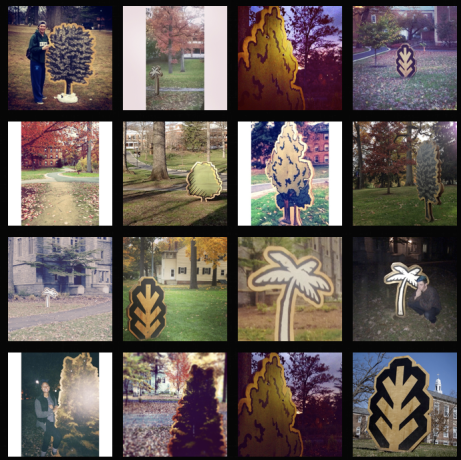 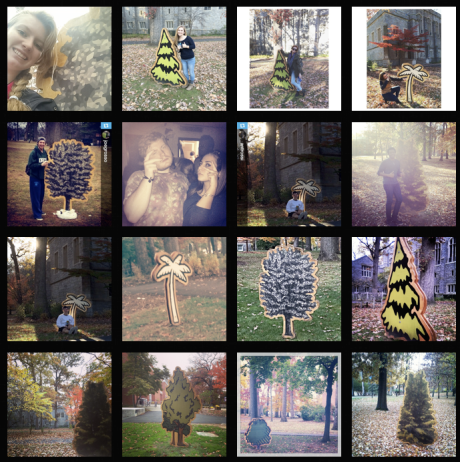 Here are some snapshots of my project for In-Site, including a few of the installation process. These are all enlarged images of weeds from South Orange, wheatpasted onto nearby buildings. Will be editing documentation soon! 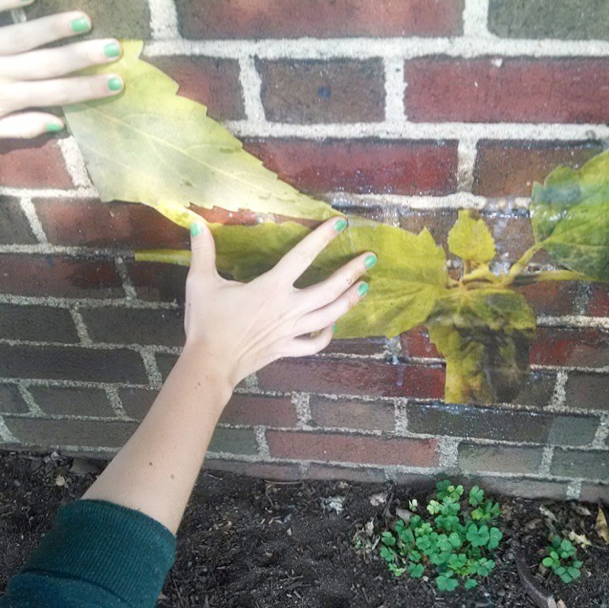 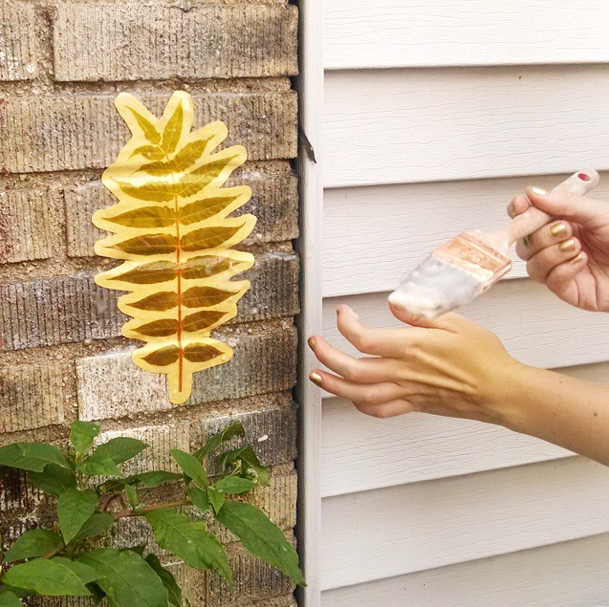 New Growth was installed at Drew University this spring, and it will be up through October.. See image of palm tree as well as a map of where to find each tree on campus.