Mike came with me today. We wore boots and ventured down the swampy path, under bridge after bridge. Next week we’re going to get an earlier start and see how far we can go. 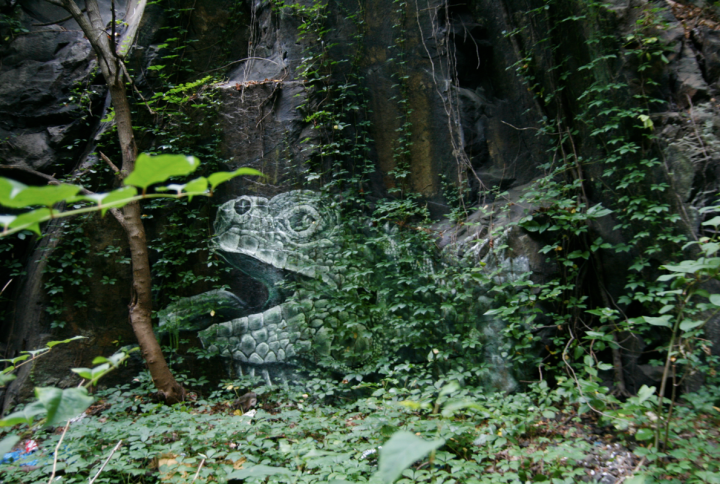 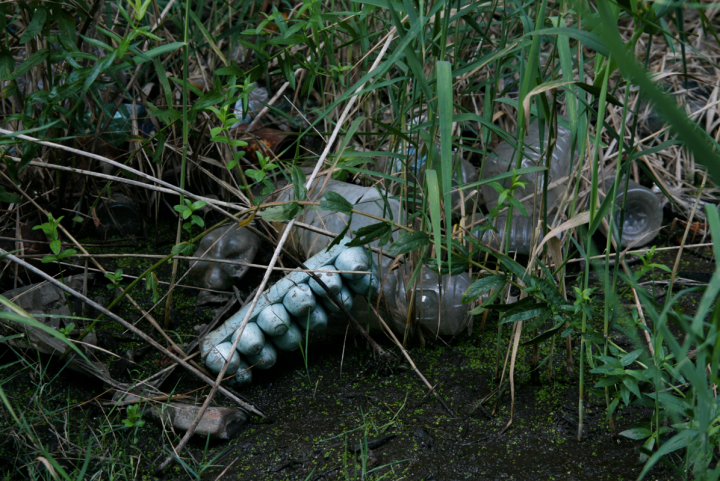 At some point the tracks of a disused railway emerges. We’re following its route.

A train! I hid behind a bush until it passed. 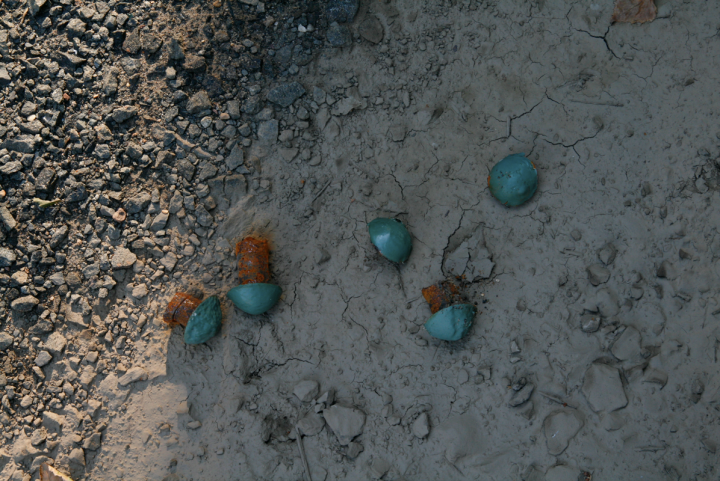 Found several of these bolts. Looks like little green mushrooms.

Mostly exploring / site-finding so far, but there is this one shrine in progress.